“Do new brakes smell and smoke?” The answer is yes. It’s not out of this world for new brakes to smell. And there’s nothing to worry or alarm about when you notice it.

When you hear the term curing process or polymerization, what’s being referred to is the smelling and smoking of the new brakes. The process is also referred to as breaking in new brakes.

There are basic things every car owner and driver needs to know about the mechanism of the braking system. This knowledge will help understand what to be frightened about when there’s an issue with the brake.

How Does Curing Process Occur?

As against the traditional myth, when these smokes or smells occur, it’s not that the new brakes are burning up or faulty from the manufacturer. No. On the contrary, the smoke and smell the brakes give off are formed during the curing process.

It’s advised that you’re gentle and patient with your new vehicle brakes for the first few miles. However, if you notice that the new brake pads overheat quickly, then you may need to call the attention of your local mechanic to avoid what’s often called brake fade.

You may get as curious as I once was to ask why the brake manufacturers haven’t broken in the new brakes before selling them off the shelf. The truth is that some manufacturers started the polymerization by scorching the brake pads.

What Causes My Car Brakes To Give Off Burning Smell? There are a lot of reasons your car brakes can smell as though they are burning. One thing you must know is that, naturally, every segment of the moving components of your car gives off certain distinct smells, noises, and sounds. The brakes are no exception because they also produce a sort of burnt smell and there is nothing to worry about.

When you notice a burning smell from the brakes, especially when you’re driving on a steep road, the likely cause is friction buildup. The mechanism of the brakes is that the brake pads will give off friction when you press the brake pedal for the vehicle to stop.

However, when the friction is in excess due to the pressure you apply that causes much heat, the brakes will produce a burning smell. The excess heat that is generated by the pressure will cause brakes to start to smell as though they are burning.

This may also result in your car brakes smoking. But there’s nothing to worry or get anxious about when you notice an occasional burnt smell.

However, once the burning smell becomes frequent and lingers, especially while under normal driving, you may have a serious issue in your hand you’ll need to immediately deal with.

The likely problem might be that the brake caliper has clutched, causing the brake pads to drag unevenly against the brake rotors. You should check if the car continues to drag while it’s on the parking brake after leaving your foot.

Why Do My Brakes Smoke?

As I’ve identified above, if the brake caliper has stuck or seized, you may notice a telling smell of smoke. While the odor continues, it increases with time and you’ll notice smoke coming from the front or rear of your vehicle. Trust me, this experience can be scary but yet, but it’s not uncommon for vehicles generally.

The first reason this can happen, as earlier noted, is a stuck caliper. Some cars are designed with floating calipers. These types of calipers are typically designed to glide around so that they can function optimally and properly.

However, as brakes age, the calipers will start to wear, resulting in their being stuck and the brakes being boxed into a corner.

Besides, corrosion When this happens, enormous friction is created as you drive along. The friction will create smoke and a coarse smell. The calipers can also be stuck due to corrosion or dirt that blocks their sliding round.

Another component that can also be stuck in corrosion or debris is the wheel cylinder. Although debris rarely finds its way into the braking system, it’s however, not impossible.

When the wheel cylinder gets stuck, the brake shoes will continue to press themselves against the drum even when you’ve released your foot off the brake pedal. The result is an emission of smoke and foul odor.

One of the parts of your car that can easily be exposed to the elements is the brakes. The exposure causes the brake pads to become prone to dirt, debris, and dust. The far-reaching consequence of this is the accumulation of corroding elements over time. As a result, the brake pads will begin to stick to the disc.

This way, the brakes won’t be able to turn normally, causing the wheel to either not spin freely or spin abnormally.

Sustained friction is a great concern because it generates unnecessary heat that causes unhealthy smells and smoke. The brakes won’t be the only victims, but some parts may also suffer alongside.

How Can I Remedy Smoking Or Smelling Brakes?

The good news is that remedying the smoke or smell from your brakes is pretty simple. You won’t need to break the bank or visit an auto technician shop. What you need to do is to inspect the braking system and locate the foreign object around it. Once you identify the dirt or object, you should flush it out or remove it.

However, in the case of a stuck wheel cylinder or caliper, the best thing to do is to take a trip to an auto mechanic. They will help you fix the problem without having to replace the entire braking system which usually costs a few bucks.

How Does Friction Form In The Braking System?

The disc brakes are another parts of the braking system that you need to understand its working mechanism. It may be a culprit or victim of the smoking or smelling brakes. The disc brakes come with pads, discs, and calipers, with the latter part receiving the brake fluid each time you apply the brakes.

The calipers in turn shove the piston so that the pads can adjust themselves inward against the discs. This contact between the discs and the pads causes friction and thus makes the car slow down and stop.

Alternatively, there are what is called the drum brakes. Depending on the design, you can find the drum brakes on either the front or rear of the car. The presence of the drum brakes may cause the calipers not to move the piston that makes the disc and pads make contact.

On the contrary, the wheel cylinder receives the brake fluid when you press the brake pedal. Consequently, the pistons push the brake shoes outward to make them come in contact with the surface of the brake drum. Your car will slow down and stop due to the friction created as a result of contact.

Can Brake Smoke Leads To Fire? Yes. It’s common knowledge that fire doesn’t happen without smoke, whether it’s in the office, kitchen, power generator, or in the braking system of your car. When your car brakes heat and produces smoke, there’s a high chance that it can catch fire.

If you’re too aggressive or reckless with driving or there’s improper maintenance of your braking system or the car generally, the brakes can easily catch fire.

If you apply the brakes too suddenly or pound on the brake pedal unnecessarily regularly, the friction between the different braking components can increase the heat generated. Because the heat has no means of escape, it can cause a fire.

Now that your question ‘do new brakes smell and smoke?’ has been answered, I need to reiterate the need to regularly check your car’s braking system. This way, you can follow up and watch out for signs.

Again, I need to say that have your local mechanic inspect the car as soon as you suspect any anomaly in the workings of your car, particularly the braking system. You shouldn’t panic when you notice that your new brakes start to produce smell and smoke. 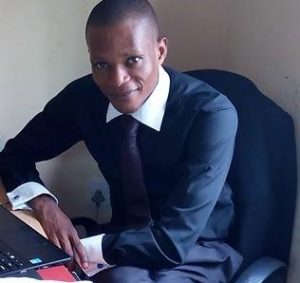